There is a recent trend to allocate large tracts of land in Sub-Sahara Africa for the production of industrial crops (IC) such as sugarcane, jatropha, oil palm and cotton used for non-food purposes including bioenergy and fibre.

These land conversions are often financed through direct foreign investments and are justified as an engine of economic growth and rural development. Yet they are often undertaken in countries of Sub-Sahara Africa that are barely food self-sufficient.

FICESSA is a 3-year interdisciplinary project that aims to provide clear empirical evidence of how industrial crops compete for land with food crops in Sub-Saharan Africa, and the mechanisms through which this competition can affect food security, whether in a positive or a negative way. We will undertake studies at multiple spatial scales using various analytical tools to study past dynamics and explore future scenarios. FICESSA includes comprehensive case studies of different operational industrial crop projects in Ghana, Malawi, Mozambique and Swaziland. FICESSA will also undertake scoping surveys in Burkina Faso, Guinea and Ethiopia that focus on institutional issues related to industrial crop production and its linkages with food security.

FICESSA’s vision is to produce knowledge that will be directly used by key stakeholders to improve the food security outcomes of industrial crop production in Sub-Sahara Africa, particularly for poor and vulnerable people. Our consortium consists of partners with complementary strengths in academic, applied and policy-driven research, that will allow the effective communication of key findings to different stakeholders including policy-makers, local communities, NGOs and the private sector.

FICESSA has been approved by the Belmont Forum and the Joint Programming Initiative on Agriculture, Food Security and Climate Change (FACCE-JPI). The Belmont Forum is a group of high-level representatives from agencies and organizations that have, as a major portion of their responsibilities, the funding of global environmental change research. FACCE-JPI brings together 21 countries committed to building an integrated European Research Area addressing the interconnected challenges of sustainable agriculture, food security and impacts of climate change.

There are many complex feedbacks between IC expansion and food security in Sub-Sahara Africa. Several studies have suggested that such food security outcomes can be positive or negative depending on a multitude of factors, ranging from the type of land converted (and its previous use) to the agricultural practices adopted. Institutional aspects such as the policy framework, financial and technical support, markets for ICs (and co-product), and land ownership models are also likely to be major determinants of the extent to which ICs affect food security. Yet we have a fragmented and incomplete knowledge of these interrelations in Sub-Sahara Africa, with no comprehensive comparative studies conducted to date.

At the local level, it is well accepted that ICs compete directly and indirectly for land with food crops. Superficially local food security should decrease as agricultural land is converted to ICs, and labour, capital and other inputs are diverted. On several occasions farmers have been driven to deeper food insecurity on the aftermath of IC project collapses. Yet a number of less obvious mechanisms may lead to improved local food security. Higher household incomes could improve access to food, while access to fertilizers/pesticides/irrigation/knowledge could improve the yields of food crops (spillover effects). In this respect IC expansion can have ripple positive or negative effects on food security, but it is still hotly debated which of the different types of ICs, production modes or institutional arrangements can have the best food security outcomes.

At the national/regional level IC expansion can also have variable implications for food security. These implications are likely to be negligible if IC production is confined to a few agricultural projects that represent a small share of arable land and generate a small share of total value-added. Conversely, food security outcomes (whether positive or negative) can be more substantial if IC expansion is large in terms of the area of arable land converted, the share of the labor force employed, and the generation of value-added. Moving large resources into IC production is expected to influence prices, trade, employment opportunities, exchange rates, regional growth patterns, and a host of other important macroeconomic variables. The potential economy-wide implications of large-scale IC investments for poverty and food security have been studied for several countries in Sub-Sahara Africa, but have largely been undertaken using preliminary assessments of technologies,! relatively simple divisions in institutional structure and show little understanding of the on-the-ground realities of IC production.

Climatic factors can further complicate the food security outcomes of IC expansion, at the regional, national and local level. Due to climate change the range and productivity of food crop and IC species are expected to change. Modeling species distribution responses to climate requires a wealth of biological, environmental and climatic data that is just starting to become available in Sub-Sahara Africa. It is particularly timely to use such resources to study the climatic responses of industrial crops, food crops, wild-crop relatives, and minor food crops important for food security whose sensitivity/vulnerability to climate change is so far unknown. 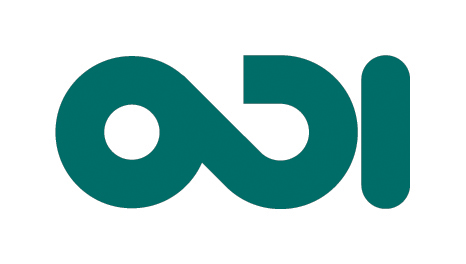